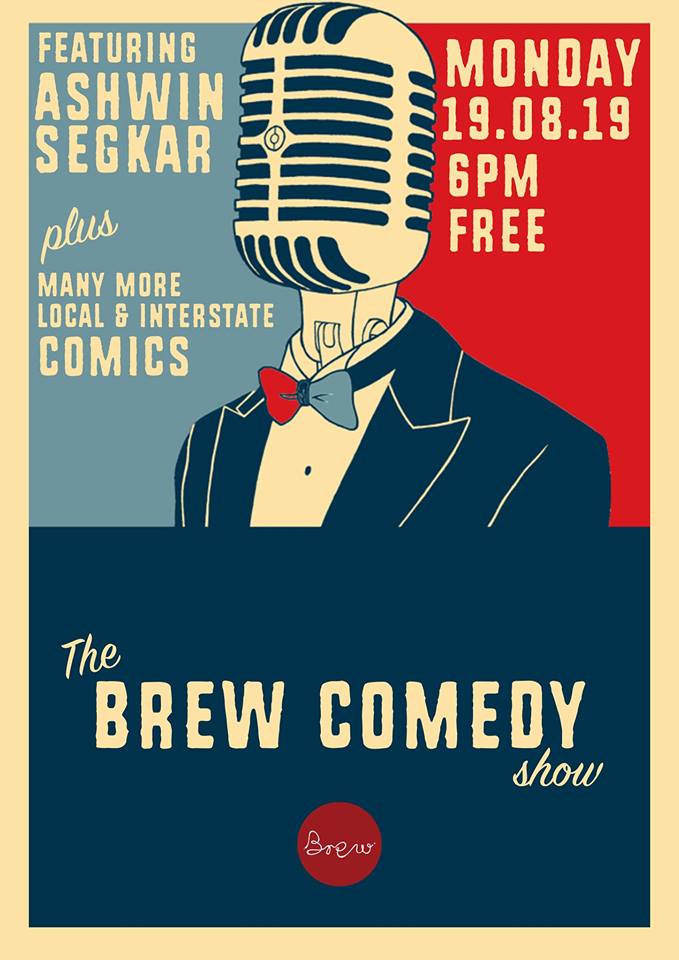 The Brew Comedy show returns to your favourite laneway bar on Monday the 19th of August at 6PM.. And, it's all FREE!

Curated once again by the beautiful and talented Nick Carr.

Headlining the evening will be, Ashwin Segkar. Plus an array of other local talent. It's sure to be a riot, so head on down, have a laugh and sink some beers with us!

About Ashwin:
Ashwin Segkar is a stand up comedian, presenter on ABC Radio and host of podcast, Help Me I’m a Comedian. He has toured nationally around Australia and performed at festivals including the Melbourne International Comedy Festival and featured on Tom Bollard’s Tonightly. He has a sharp, warm comedic style and jokes a fair bit about growing up between Asia and Australia, shetland ponies and bee infidelity.