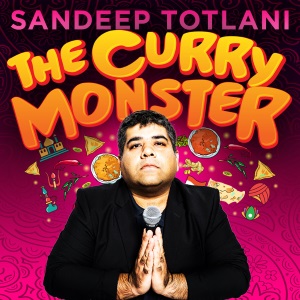 Born and raised in India, Sandeep Totlani is a trained Dentist and a Pizza eating competition winner. He discovered Stand-up comedy by accident when he watched Russell Peters on YouTube and entered Australia’s prestigious RAW comedy competition. Since then, Sandeep has been handpicked amongst the top 5 Comics nationally in Nova FM’s Comedic Free thinker Competition in 2018, sold out festival shows, been a finalist for Queensland RAW 2018 (MICF) and is a regular at Australian Comedy venues.
Juggling between the Indian and Western culture, Sandeep has performed comedy in 3 languages (English, Hindi and Gujarati) on some of the biggest stages across Australia and India supporting local and International acts like Danny Bhoy, Zakir Khan, Kanan Gill, Damien Power, Matt Okine, Becky Lucas, Randy and Atul Khatri. His perspective is fresh, stage persona likeable and style of comedy, both intriguing and hilarious.
In this show, cultures come together and clash more than once. But, what comes out is a brilliant hour of comedy. This is a insight into the life of an immigrant and a hilarious comic who has a hard time balancing his previous and current experiences but somehow manages to extend his stay in this beautiful first world nation despite its many challenges by doing some JUGAAD (the meaning of which he explains in the show).