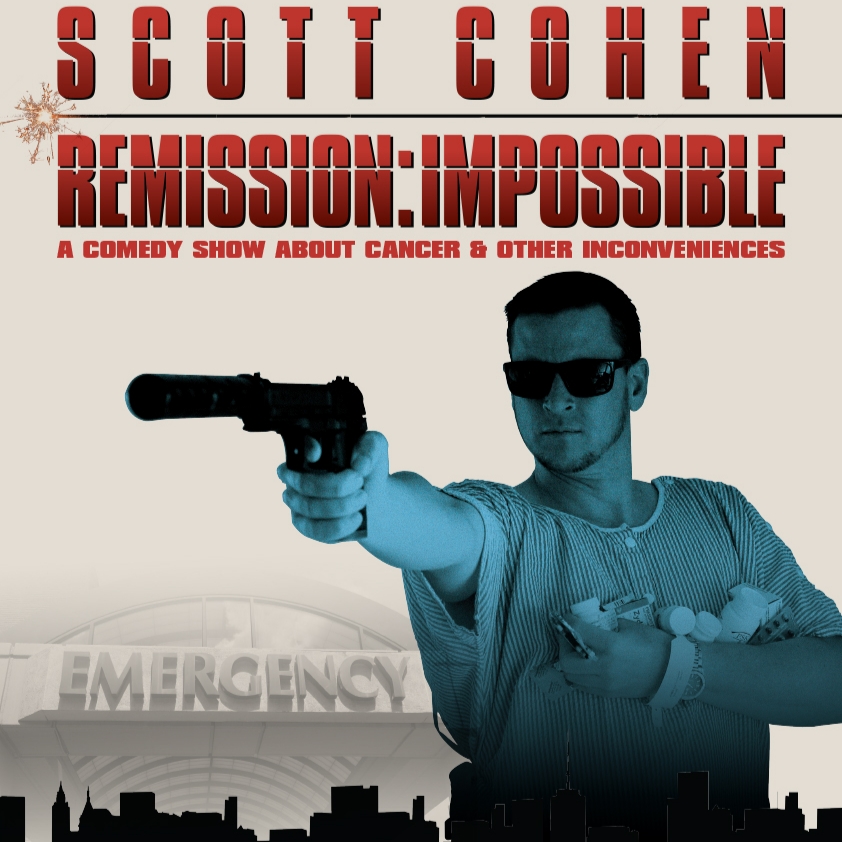 After a diagnosis of bladder cancer in 2015 Scott Cohen decided to start ticking a few things off his bucket list. One of which, was trying his hand at stand up comedy. As the cancer got worse, the comedy got better, now four years on Scott is battling terminal cancer while using stand up as a form of therapy. He has become a regular performer at some of Brisbane's best rooms including The Paddo, Heya Bar, Milk Factory and Blutes.

Bringing stage four cancer to the stage, with the help of some of Brisbane's best up-and-coming comedians Sam Brain, Jayde O'brien as well as the accomplished Nick Carr (MICF, Adelaide Fringe Festival, Host of Not Backed By Science podcast and heard on ABC radio) as MC. Remisson Impossible takes a quirky look at the "joys" of chemotherapy, surgery and the ridiculous cures people swear by. Come along and see why it's sometimes better to laugh than cry and help this comedian to achieve his "make a wish" of selling out his first ever show.