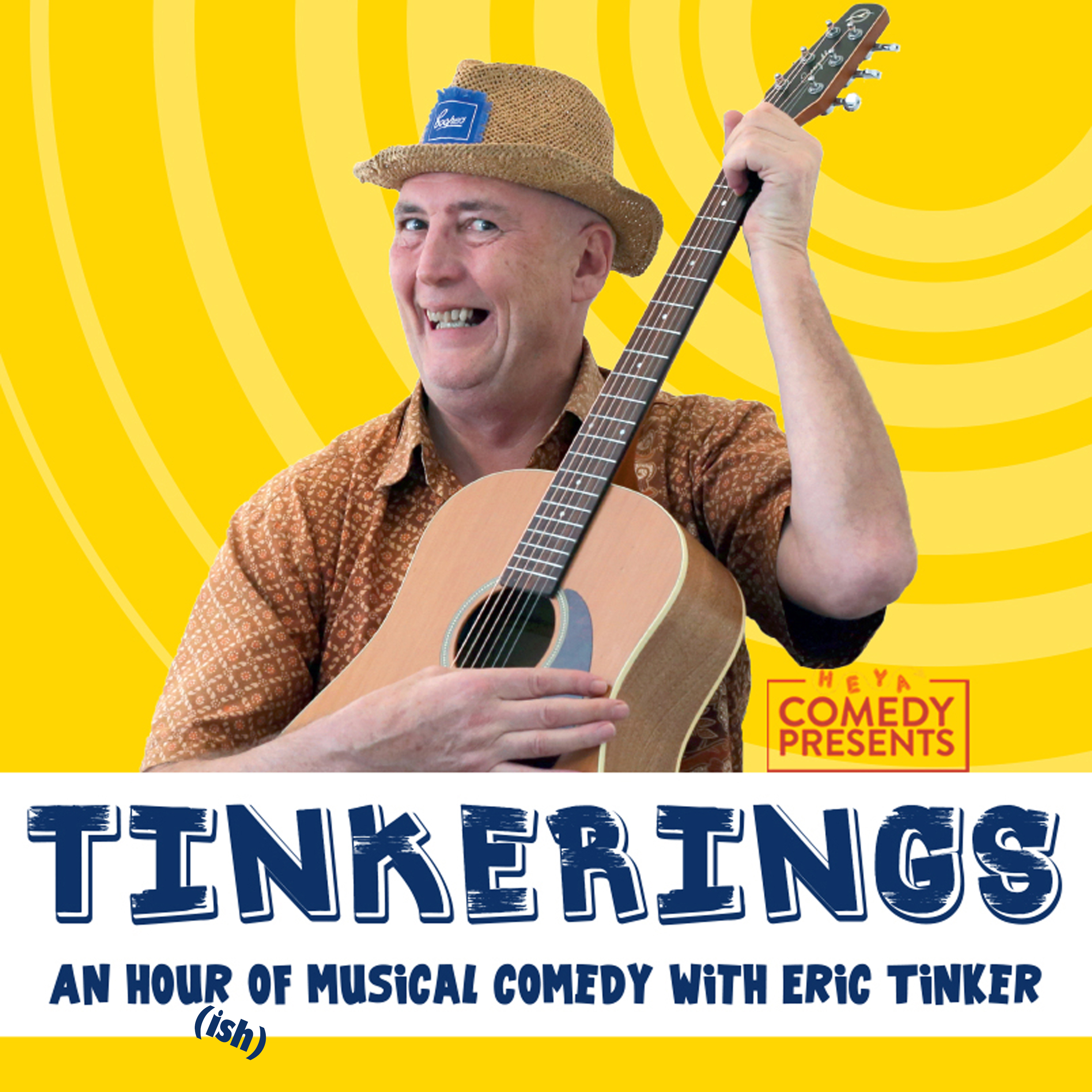 Tinkerings enjoyed a successful run at the Adelaide Fringe in March. “Tinkerings, you will learn, are songs with tinkered lyrics – either completely re-themed or satirical takes on the original. His libretti, like Cow Meditation and Philosophy, are actually brilliant, dripping with double entendres and fantasy.” David Grybowski, The Barefoot Review, 23/02/2019.
“Eric Tinker (AKA Derek Tickner) is blessed with a keen sense of the ridiculous.” Adrian Miller, The Clothesline, 23/02/2019.

Eric moved to Brisbane a year ago and has been notching up performances on the city’s vibrant music and comedy circuits. He has been invited to play at comedy clubs around the city, including the esteemed Heya Bar.
Eric has played his comedy songs around Australia and in his native England, as well as in Canada and South East Asia. His style is influenced by the likes of Spike Milligan, Bonzo Dog Band, Wilson Dixon and Flight of the Conchords. Eric is eccentric, savvy and definitively different.