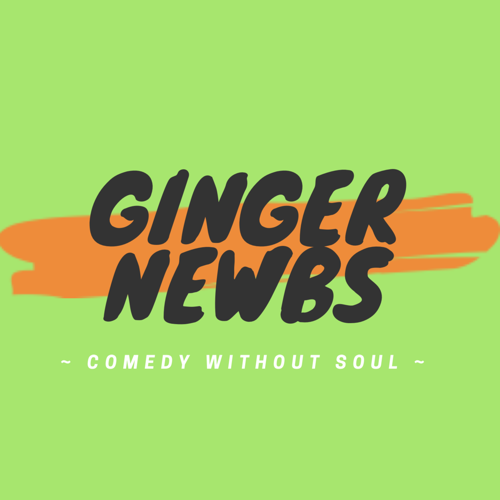 It’s an evening of comedy without soul.
Join 3 fresh faced ginger comedians and hosts of the Ginger Newbs podcast (Sam Brain, Sam Andrews and Red Nevin) as they band together to bring you an hour of their finest yuk-yuks

Sam has found his feet in the comedy world and continues to craft and refine every one of his genitalia themed jokes.

A happy go lucky chap, with a penchant for anecdotes and a way with words. His stand up comedy tackles everything from marriage, and boarding school to his rural upbringing.

For the last 2 years Sam has been delighting audiences in bars, pubs, clubs and bookstores around South East Queensland.

A momma’s boy, with daddy jokes and a pair of legs that just won’t quit (even though there are younger, more competent legs who cannot find work.)

When he’s not slinging punchy one-liners to a rowdy crowd, you can find him cleaning toilets at your local fast food establishment (what fun.)

Oh, and he is a gay (not that there is anything wrong with that.)

Red has performed at the Brisbane Powerhouse as part of the Melt Queer culture festival, opened for for comedy legends like Greg Sullivan and Mandy Knight, was a finalist in the “Stuck in the Wicket” competition a semi-finalist in 2019’s Raw Comedy and appeared in “Budding Comics” his first festival show

HEYA bar is open for food and drinks from 2.30pm for Saturday & Sunday shows and 5pm for all weekday shows.

Children aged 14-17 must be accompanied by a parent/guardian, present for a wristband on arrival & depart the venue by 10pm.