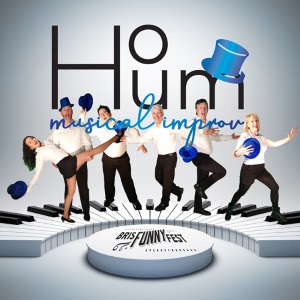 Think ‘Wayne Brady’ on steroids! You tell us the name of the show, we make up a hilarious musical on the spot.

Start thinking of your title now and get ready to watch the cleverest and funniest musical comedy improv show you’ve ever seen!