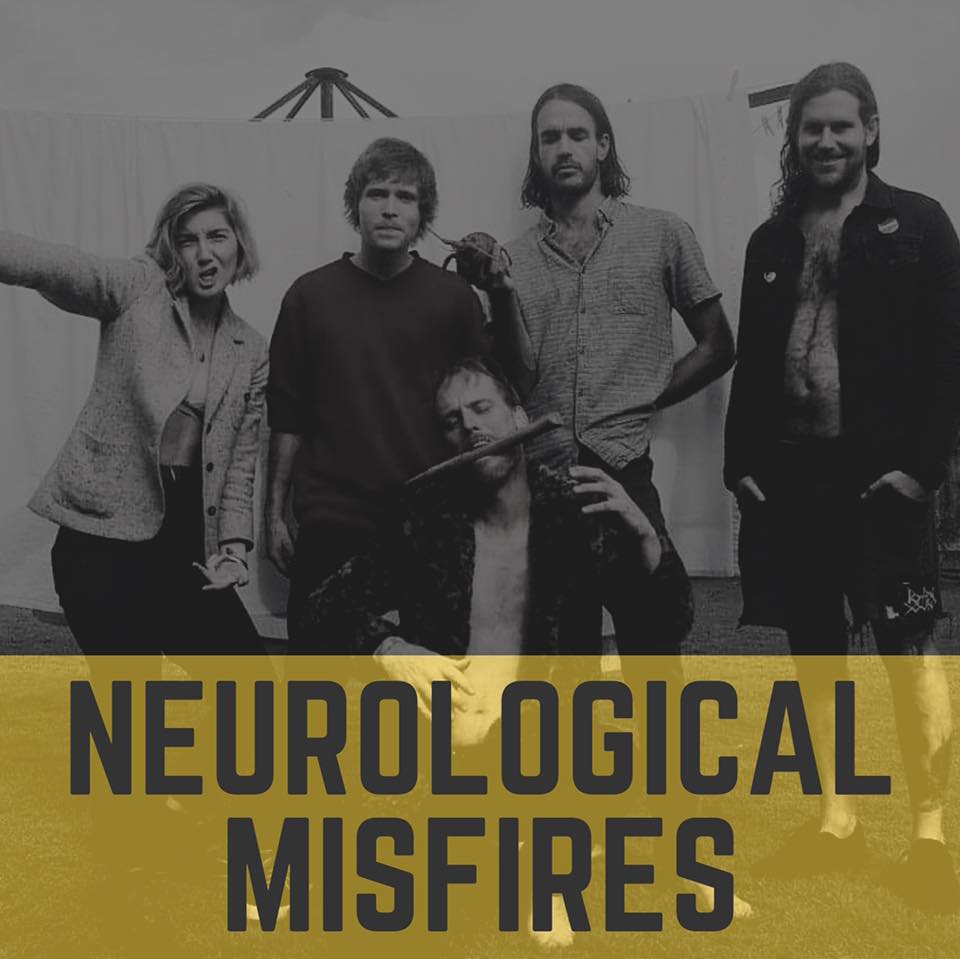 Northern Rivers-based comic, Alf Arber has spent the past few years working local rooms and performing throughout the east coast to develop his subversive worldview and animated stage presence. His style of comedy is absurd and boundary dissolving as he draws from personal experience, an isolated imagination and his audience to explore the ideas he can’t wrap his head around.

Grace Hogan is gracing microphones across the Northern Rivers with her daily thoughts and giving food for thought for the humans that attend with or without ears. Grace’s ability to miraculously move her body in ways that should not be humanly or physically possible is enough to make anyone without ears crack a laugh! She has had the pleasure and bragging rights of opening for comedians such as Mel Buttle, Ting Lim and bev killick. She love to question the human race and why we do the things we do. Cutting through the shit, right down to cats and dogs who really owns who in this modern world!? Grace spends a lot of her spare time entertaining herself in front of the mirror and since technology has progressed she has purchased herself an iPhone and now has the ability to create her own videos and “shows” through her Instagram account @grace.your.self. Observing life through the eyes of Grace will have you melting in your pants with laughter.

Mark first took to the stage to do comedy at the tender age of 18 but soon after disappeared into the insular world of punk rock and heavy metal. Although doing bands was all consuming for the anxious young man he knew deep down that he would eventually return to comedy some day. Due to youthful instability and laziness that one day took over a decade, but finally came during a mental and physical breakdown in the winter of 2017. Diving back into comedy was at first jarring and humbling, in the most brutal of ways, but Mark has since risen from the ashes and carved out a unique voice in the northern rivers comedy scene. With a peculiar brand of comedy that tries to tie his kind and agreeable outward personality with his cynical inner monologue he walks a tight rope between being mean without being hostile, being witty without lecturing, political yet not partisan and raunchy without being one dimensional. Thanks to regularly doing rooms run by his first comedy mentor Mandy Nolan and local scene cornerstones Rudy Surina and Larry Vanessa Mitchell, Mark has been catapulted to stages at falls fest, the vineyards of Stanthorpe and all around Queensland.

Matty Price is a familiar face at open mics around the Northern Rivers. His unique world view & approach to the mic stand recently landed him in the Queensland RAW State Finals and given him the opportunity to open sets for comedian Mell Buttle and international comedian Mandy Knight. He is often described as someone suffering from multiple personality disorder with a sense of humour like a rabbit’s warren. Constantly going off on tangents & breaking into random characters to suck the audience into an artificial world created by his weird yet wonderful mind’s eye. If Matty Price isn’t performing stand-up for total strangers, he is creating funny videos for them on his hilarious YouTube channel “Triple Deadly”.

Michael Hastie has a unique wit-filled style to his delivery and will leave audiences engaged and rolling with laughter. He prides himself on being highly original and thought provoking and pulls material from own experiences while flowing seamlessly between material and improvised interaction with the crowd, Michael is able to open the audience up as he pulls them into a shared recognition of our own human-ness.

A regular at Comedy nights across the northern rivers , he hosts a weekly Comedy Show on Lismore’s 92.9 River F.M and has performed at the 2018 Falls Festival.