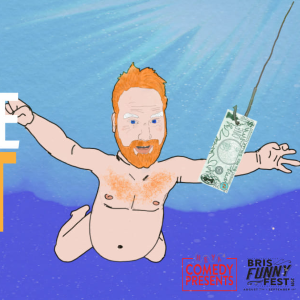 Nick Carr is a super smart dude and an expert in economics. Returning after the smash hit Nick Carr is Trying His Best, Nick Carr has learnt alot and is all grown up. Or at least, living with other grown ups.... His parents. But dont worry about him, hes a landlord now and is the back bone of the economy.

Hot off a stellar run at the Melbourne International Comedy Festival Show as one third of the show, Big Boiz of Brisbane Comedy, Nick Carr is a finely turned joke machine. And this year during the Bris Funny Fest, he intends to harness the incredible power of economics to solve all the problems in the world. And with a little bit of luck and a whole lot of laughs, he just might be the man to do it!